Update – February 8, 2020: The Emergence Burn’s “Core” (BOD) has published a statement (pdf version) in response to this open letter. We were also invited to join a call on February 5th to discuss the actions they have taken to create a more inclusive burn. The actions taken by the Emergence Core outline in the statement addresses the vast majority of the concerns and suggested in this open letter. We are especially impressed with the Acidic Art Policy, their advisory committee called “The Pulse,” and their independent Conduct Committee, complete with an online complaint system. The Emergence Core clearly heard the concerns of the community and have worked to make positive changes. We applaud their efforts and their continued commitment to radical inclusion and diversity.

“Do your best until you know better. Then do better.” ~Maya Angelou

To the leadership, organizers, and BOD of Emergence:

Creating a new burn involves a lot of effort and learning; mistakes will be made. We understand conversations on Facebook can erupt quickly, often invoking anxiety and fear in those being called out or responsible for moderating a group.

We write this open letter out of disappointment regarding leadership’s response to the racist event posted in the Emergence Facebook group and the treatment of the people of color and allies who responded. Every burn is part of a larger global community that represents each and every burner. We feel it is our civic responsibility to respond to the recent incidents. Racism and censorship actively work against radical inclusion and have no place in the burn community.

Emergence demonstrated poor community leadership in a number of ways. In addition to deleting comments and removing and banning group members who had posted their opposition to the event, leadership ignored the severity and repercussions of the original post by claiming it had merely “touched a nerve.” Dismissing the outrage expressed and censoring posts they did not like — especially deleting the input from people of color — highlights the willful ignorance of leadership regarding the impact of racially charged “art.”

Emergence’s stated goal of building an inclusive, cooperative, and collaborative community requires everyone’s voice be included, heard, and valued. Silencing and censoring communication on social media is corrosive to that goal —  unless that communication is hateful, abusive, and/or threatening.

We appreciate the conference call offered in an attempt to reconcile animosities. It was step in the right direction. In an effort to help Emergence to continue moving forward, these are our recommendations:

How other burn communities have addressed racism:

Also signed by (Added after publishing by request):

P.S. If you would like to add your name, group, or camp to the signatures, please email: [email protected] 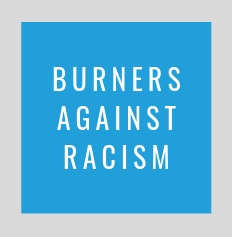