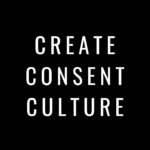 Enthusiastic Consent’s mission is to promote awareness and provide education around consent and other intersectional issues primarily through our program 11th Principle: Consent! In alignment with this mission, we are called to share some perspective on an incident that impacts our community.

Last summer, Bassnectar’s Lorin Ashton was accused of sexual abuse by multiple women, who stated that he groomed them and initiated sexual relationships – including at least two situations where the women were underage. On July 3, after a damning recorded phone call was posted on Instagram, Ashton announced his “retirement” from music.

At the beginning of April, it was announced that two survivors have filed a lawsuit against him, alleging human trafficking, possession of child pornography, and sexual abuse. The lawsuit also targets affiliated corporations, including: Amorphous Music, Inc., Bassnectar Touring, Inc., Redlight Management, Inc., C3 Presents, L.L.C, and Interactive Giving Fund.

Ashton is far from the only musician to be accused of abuse. Over the past few years, multiple major artists have been accused of sexual abuse (often against minors), including Datsik, Space Jesus, Snails, and Nahko, among others. In every one of these instances, an influential person exploited abused power dynamics to coerce young women into sexual situations. This abuse of power is violence, and we cannot allow it to continue.

11th Principle: Consent was founded in direct response to a community crisis: Rising rates of sexual violence at Burning Man, with similar trends in local burn communities. Although we couldn’t force Burning Man to change, we successfully addressed harmful dynamics in our local communities, and those ripple effects have made tremendous progress.

But consent education is just the beginning. Culturally, we must learn to be active bystanders, to challenge complacency and encourage empathy. On a structural level, the code of conduct paradigm defines community agreements that protect individual autonomy; it also creates an accountability process for folks who have caused harm. Creating the conditions for an intentional response to trauma can be transformative – not only for the survivor, but for the perpetrator and the broader community, too.

We recognize that people are feeling a lot of different ways right now. All of those emotions are valid and worthy of being felt. So much has happened in the past year – We are all grieving, processing, and integrating these experiences, and it’s crucial that we take time to be kind to ourselves and each other.

In the face of this reckoning, Enthusiastic Consent recommits to transforming the world through consent education, training, and policy development. Our community has a choice about how to respond to this moment. As we journey into the post-pandemic burn season, remember: Culture change starts at home.